Measuring the academic activity of scientists is not an easy task for there are very many indices. The Research Gate (RG) score is one of these many measuring tools. RG聽is a European, commercial, social networking site for scientists and researchers聽meant to share papers, ask and answer questions, and find collaborators; it is the largest academic social network in terms of active users. The New York Times has described RG as a mashup of Facebook, Twitter, and Linkedin,1 and considers the numbers of published papers, citations, projects, areas of interest, etc. Inclusion in the measurements of the RG score is optional, and this feature introduces a strong bias in the analysis of the academic activity of scientists since many choose not to participate in this network, which is thus, non-inclusive. Like many other instruments that measure scientific activity, the calculation of the RG score has several limitations.

Be that as it may, we have listed the top 40 most prolific Mexican medical scientists working in Mexico, according to their RG score values, see below. As a result of analyzing the list, the following salient observations can be posited:聽1)聽Hematology and Gastroenterology research are the most frequent areas of work among Mexican medical researchers (Figure聽1);聽2)聽All the hematology investigators in this group work outside Mexico City (3 in Monterrey and 3 in Puebla);聽3)聽30 researchers in the whole group (75%) were either trained at the聽Instituto Nacional de Ciencias M茅dicas y Nutrici贸n Salvador Zubir谩n聽in Mexico City or are developing their academic activities in that institution.聽Table聽1 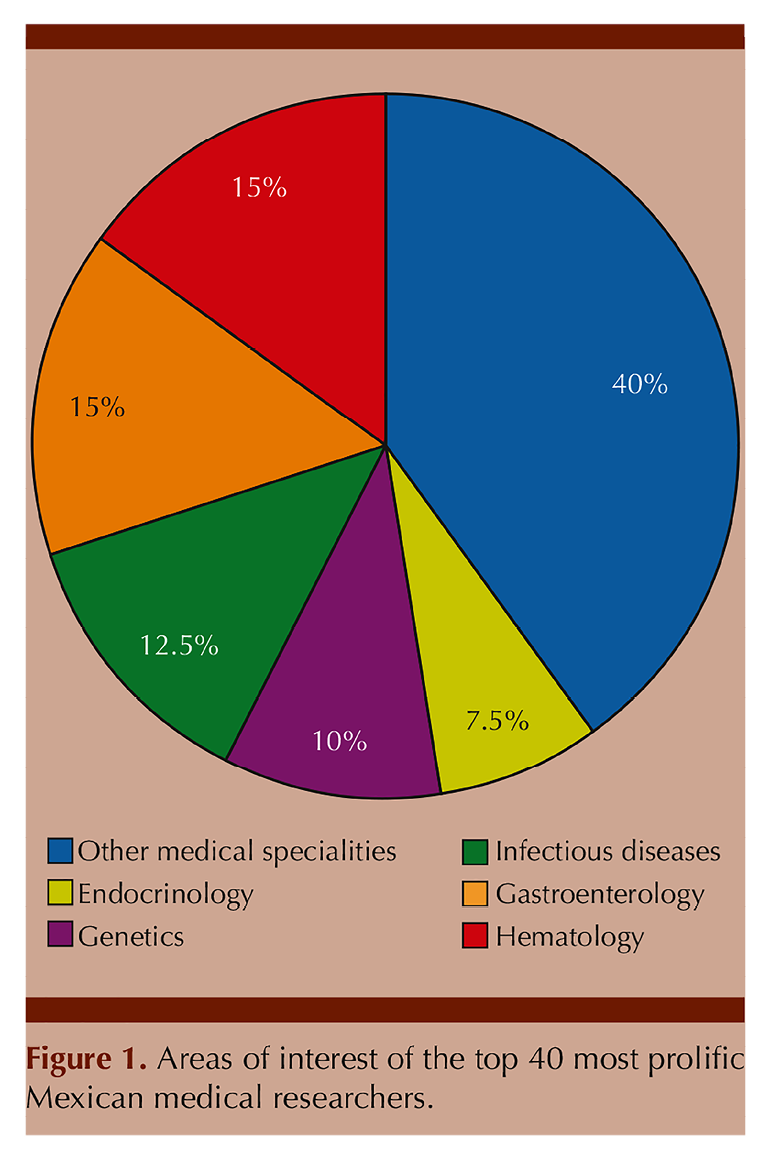 This information may be useful to support the observation that Hematology and Gastroenterology are the medical areas in which most active research is being conducted in our country.

This article must be quoted:聽Ru铆z-Arg眉elles GJ, G贸mez-Almaguer D. Hematology and Gastroenterology are the most active medical research areas in M茅xico. Hematol M茅x 2021; 22 (3): 197-198. 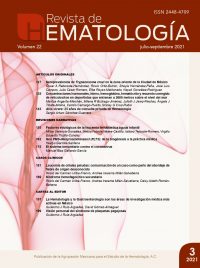